How Is It Going? Pretty Well, If the World Isn’t Ending… 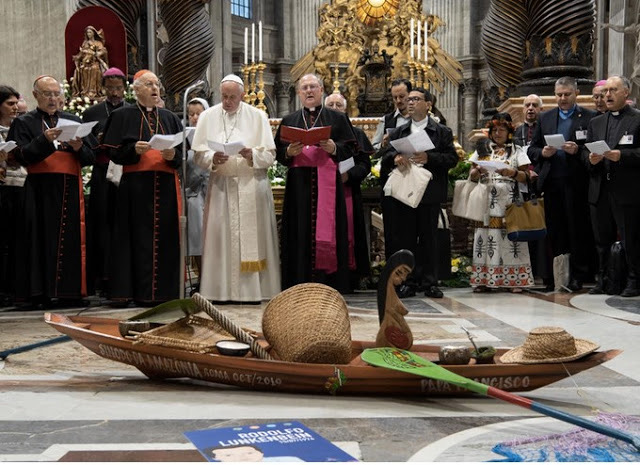 A friend of mine asked, “How’s it going?”

An innocent enough question that should be easy to answer. Just say, “fine” and be done with it.  But that would not be the truth. It is not going fine.

I have become a character in a real-life edgy-Catholic horror story. Or it could be an episode of the twilight zone where it is all in my head.  My friend writes horror comics, so perhaps he has even created characters in my position.

I have become the guy who knows of a prophecy—a prophecy so terrible that it will, if true, result in billions of souls descending into hell like snowflakes falling. It is an ancient prophecy that seemed so impossible to ever happen, especially not in so modern a time. But then, there it is. And, it is not some incredible prophecy in some obscure book hidden away from the eyes of history in some cave. It is an ancient prophecy from the old testament in the book of Daniel, which was confirmed by to words of Jesus Christ himself. Likely, therefore, to be the most credible biblical prophecy of them all.

So if it is not true, my faith is in doubt. But if it is true, the horror to come will be truly terrible. And, if I don’t tell people about the prophecy so they have a chance to repent, I will be held to account and may find myself descending into the abyss of everlasting flames with the them. But if I warn people and I am wrong, I will be laughed to scorn, subject to derision, and have damaged my reputation so badly, I will never find work again.

The everlasting flames–watching my loved ones fall into torment, and myself following being the most dire possibility, I must warn people.

Here is the prophecy:

15When therefore you shall see the abomination of desolation, which was spoken of by Daniel the prophet, standing in the holy place: he that readeth let him understand. 16Then they that are in Judea, let them flee to the mountains: 17And he that is on the housetop, let him not come down to take any thing out of his house: 18And he that is in the field, let him not go back to take his coat. 19And woe to them that are with child and that give suck in those days. 20But pray that your flight be not in the winter or on the sabbath. 21For there shall be then great tribulation, such as hath not been from the beginning of the world until now, neither shall be. 22And unless those days had been shortened, no flesh should be saved: but for the sake of the elect those days shall be shortened. 23Then if any man shall say to you, Lo here is Christ, or there: do not believe him. 24For there shall arise false Christs and false prophets and shall shew great signs and wonders, insomuch as to deceive (if possible) even the elect. 25Behold I have told it to you, beforehand.

The “abomination of desolation” has long been understood to be a graven idol of a false god.  The “holy place” had long been considered to be the Jewish Temple in Jerusalem, which was destroyed in 70 AD.  But, it does not say the Temple. And I do not believe idol worship preceded the Temple destruction.  It says the “holy place.” But who worships graven idols? How could that happen in the 21st century?  There just aren’t many pagans around, so how could it happen?

The Amazon.  The “Amazonian Synod.” Pagans invited into the holy places of the Catholic Church. Pope Francis has been present while pagans have worship an idol of the goddess pachamama in one of the holiest places in the Catholic Church. First, in the Vatican Garden, and later in St. Peter’s Basilica, just a few yards from the tomb of St. Peter, one of the holiest places in Christendom.

Cardinals processing into St. Peter’s with an idol of pachamama: 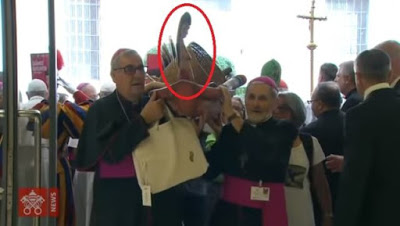 So, what can you do? Get right with God, while you can! Repent of any sins you have. If you are Catholic, go to confession. If you have been estranged from the Church and thought you might come back some day, do it now! You may not have much time.

If it’s nothing, we’ll all have a good laugh about it someday. But these events are so beyond anything that we might have expected and come way to close to fulfilling a terrible prophecy for me to risk remaining silent.