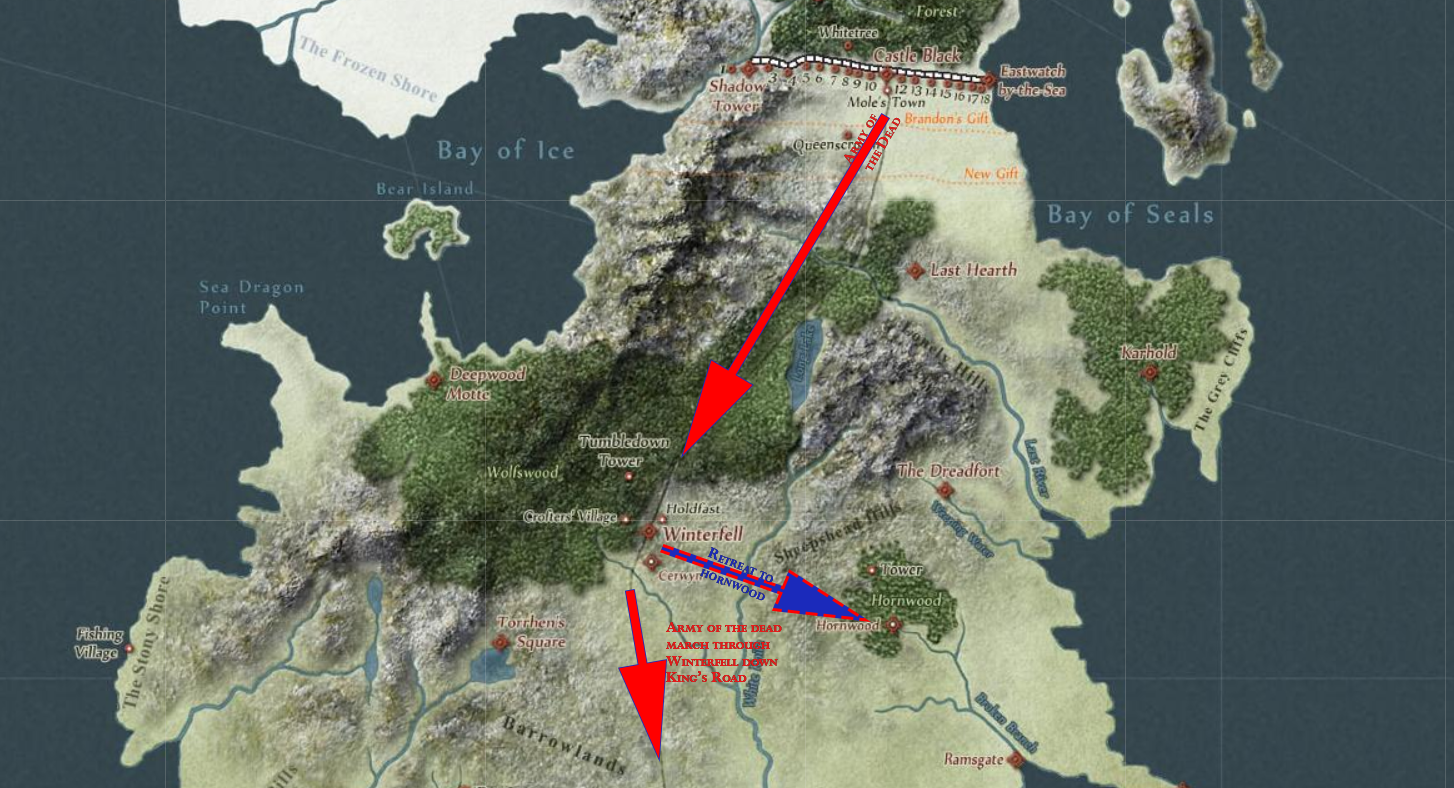 But, the task was easier in the Game of Thrones and still, the writers failed.  Why was it easier?  The Game of Thrones was set up like a tournament.  And tournaments have built-in excitement as contestants are eliminated and the action heads to a climax where the remaining finalists face off.  The one left standing is the winner.  But. Game of Thrones bailed on the idea of the last man standing wins and had a panel of judges hand the throne to a weakling who did almost nothing for eight seasons.  There was very little edgy in the last episode except Jon being manipulated into killing Dany.

We don’t want to dwell too much on the failure but let’s identify some things that need fixing.

So let’s make this an edgy-Catholic ending.

First, the Lannisters decide to sit out the war with the dead and don’t show up.  Their plan is to let the people of the north and Dany and her army deal with the problem.  Now, a Game of Thrones player does not let them get away with this.

What if Jon Snow says, “If the Lannisters will not come to the war, the war will come to them.  We send Bran by boat to Blackwater Bay south of Kings Landing.  Abandon Winterfell and retreat to Hornwood, which is well protected by rivers that the dead won’t easily cross.  We can take down the bridges once we cross.  That will give the army of the dead a clear path south along the Kings Road.  Send men to warn the people to clear the road.  The army of the dead will have a clear path to King’s Landing.  If the Night King and his army want Bran, that’s where they will have to go, and they will have to go through the Lannisters.”

Sansa can say something stupid like, “We must defend Winterfell” to which Jon replies, “The dead don’t want castles.  They want more dead and they want Bran.  We stay alive and let the dead fight the Lannisters, then we meet them from behind at King’s landing.”

So, now you have a strategy worthy of the Game of Thrones.  You can work out how this strategy fails.  Like, Bran’s boat gets captured by the Iron Fleet.  They take him to King’s Landing with Cersei, who uses him as a hostage.  Have Cersei’s scorpions ready to fight dragons, but she has to fight the dead instead.  Likely, a dragon would be necessary to give air cover to Bran or perhaps the Night King’s honing in on him is not strong enough to locate him at sea.  You could have the dragon try to defend Bran’s ship and shot down.

At least, it is a strategy that uses Bran as bait. You can still have Arya with Bran and kill the Night King.

For the final episode, you could still have a stand-off with Cersei.  If the scorpion weapon is that effective against the dragons, you must come up with a strategy to defeat them.  You can’t have them being deadly accurate in one episode then not effective at all in the next.  This is easily accomplished by looking at the angle of attack.  So, if the dragon flies high and then dive-bombs down, the weapon cannot get an angle for a shot at the dragon.

In the end, Cersei should be captured, not die in a roof collapse, which was totally lame.  Dany’s madness should be played up much more, with visions of her crazy brother egging her on to burn them all, rely on the power of the dragon, be the dragon queen, that kind of stuff.  She needs to be really crazy not just sold on her idea of changing the world.

Jon could even say, “Most of the nobles of the great houses are dead and the Lannisters are captured.  The wheel is already broken.  You’ve done it.”

Dany could say something crazy like, “You just want to take what is mine.”

Jon: “We both know I am the true heir but I am pledged to you as my queen.  I would be taking what is mine, but I don’t want it.”

Dany, “You may be the true heir, but I am the Mother of Dragons.  Which counts for more?”

Now, you have judgment day, when Dany starts lining up her enemies egged on by visions of her brother.

Tyrion condemned to death by dragon fire for treason.

The people are appalled but it is a show of raw power.

Sansa is given an opportunity to bend the knee and refuses.

“The north will never again bend the knee to a southern sovereign.”

Sansa is burned to death by dragon fire.

Arya has had enough and does her assassin move and kills Dany.  Dany’s last words, “Burn them all!”

The dragon goes berserk and starts killing everyone, starting with Arya.  He kills the remaining Lannister army, the Northmen, Greyworm and his unsullied.  Jon takes shelter with Bran.

Bran says, “Jon, you have been the bastard of Winterfell, a ranger beyond the wall with the wildlings, the Commander of the Nights Watch, to the netherworld and resurrected and King of the North.  Now be who you were meant to be.  The Dragon King.  Control your dragon or kill your dragon before there is nothing left of your kingdom.”

Jon musters his courage and approaches the dragon.  The dragon breaths fire at him.  The fire has no effect.  His dragon blood prevents him from being harmed.  He draws his sword and slays the dragon.  “The world has had enough of dragons.  It is time for a new way.”

So, now Jon is the last remaining contestant in the tournament, the returning resurrected King.  That idea, of a returning, resurrected King, who makes all things new, makes Jon a Christ-like figure and that is one of our models for Edgy Catholic fiction.

And, I think it is more dramatic, edgy, and satisfying than the solution from the actual show.  And, would have had the shock value and wow factor the show is known for and it would have made more sense.  Of course, this rough outline does not address the fates of any number of relatively minor characters like the red witch, Theon, etc, but you could work all those in and as a default have the dragon kill them.  After all, in the Game of Thrones, you win or you die.  You don’t get appointed by a committee.

What do you think?

My book, When the Wood Is Dry: An Edgy Catholic Thriller, features a Christ-like character, though not in the returning king aspect, but in the crucifixion-resurrection type.  Catch it at: