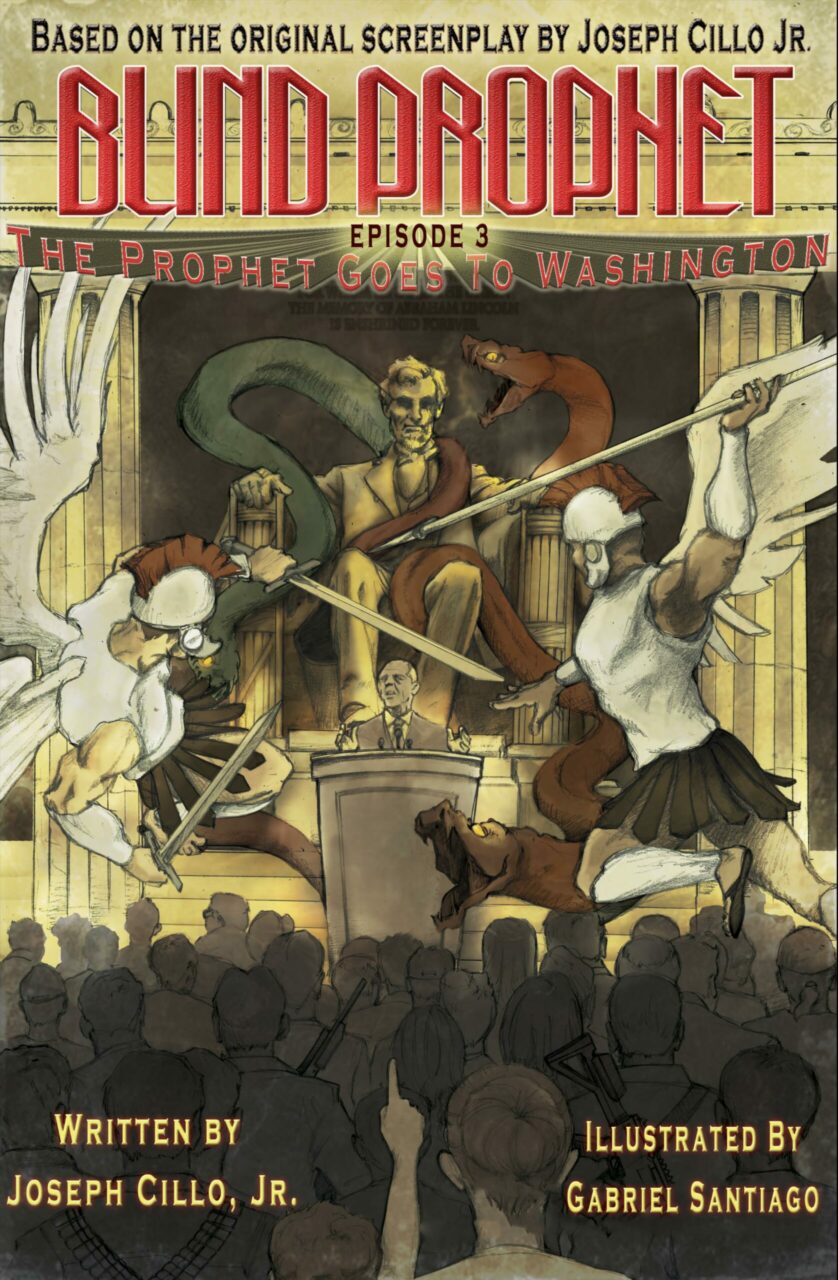 Are you ready for the Blind Prophet experience?

If you’re checking out Episode 3, maybe you are?

Buy on Amazon
I Want a Signed Copy!

In this 3rd installment of the series, the story takes a dramatic turn, as Daniel and Diana travel to Washington, DC, where Daniel is scheduled to perform a piano sonata for the president, and they discover armed demonstrators are occupying the National Mall. Using his new-found power to see into the spiritual realm, Daniel discovers that one of the protesters is being tempted by a demon to assassinate the president!

Will anyone believe the blind, autistic child when he warns them of his prophetic visions?

So, what is the Blind Prophet experience?

Blind Prophet is a graphic novel that will be published in 7 episodes and it kinda spooks people. Not in some fantastic, unnatural way, but because the reader wonders, Could this be real?

So get the Blind Prophet Experience, today!

Episode 2 is a story more about this child gaining vision into the spiritual realm, and beginning to understand those visions.

And, in Episode 3, our hero becomes more fully the “Blind Prophet,” and begins a quest that will place him in a situation that will allow him to use his rather subtle power to save the world in a high-stakes comic book plot!

Episode 4 ends with a series of terrifying visions of what the demons have planned for the United States.

And, in Episodes 5 thru 7, the terrifying visions from episode 4 start to happen, and the prophet, a blind autistic kid, has to somehow disrupt the demons’ plans…

Blind Prophet, Episode 1: A Prophet Is Born is permanently FREE, so check that one out, if you haven’t already!