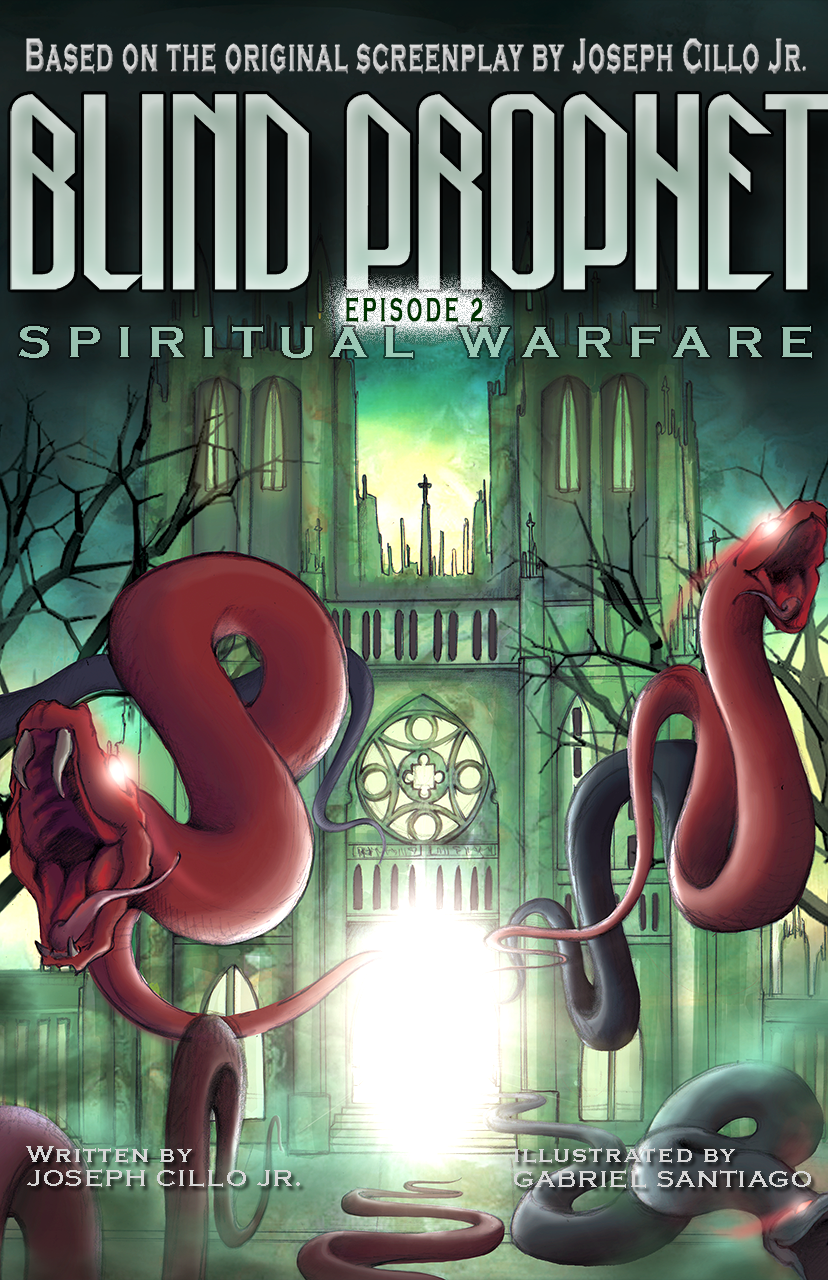 What if a boy born blind and autistic gained vision into the spiritual realm, where demons tempt and angels defend?

Buy on Amazon
I Want a Signed Copy

Check out Blind Prophet!
In Episode 1, Daniel Prophet, a boy born blind and autistic, rejected by his father as defective, gained the ability to peer into the spiritual realm, where angels and demons battle for human souls.  In Episode 2, the visions become ever more vivid and terrifying.  Souls and angels appear to be held bound by the serpents, in their continual battle.  What might these visions mean?  And what might they portend for the future?

The Kindle versions use the Kindle Comic Creator Panel View feature, so there is an automated zoom in to the panels that makes the comic ebook super easy to read.

If you haven’t already, check out Blind Prophet, Episode 1: A Prophet Is Born for FREE!

If you are ready, continue this unique journey into the supernatural realm by clicking the “Buy Now”  Button.
Blind Prophet is a graphic novel that will be published in 7 episodes that affects people in an unusual way…

“…The concept is beautiful, the execution mind-bending.”
and
“It most certainly does not pull any punches…”
and
“In all honesty this book really shook me up…this book is scary because it could happen.”

The arc of the Blind Prophet story is very large, as is the arc of the Blind Prophet character.
So, Episode 1 is mostly a story about the drama of a child being born blind and autistic.
Episode 2 is a story more about this child gaining vision into the spiritual realm, and beginning to understand those visions.
And, in Episode 3, our hero becomes more fully the “Blind Prophet,” and begins a quest that will place him in a situation that will allow him to use his rather subtle power to save the world in a high-stakes comic book plot.
Episode 4 ends with a series of terrifying visions of what the demons have planned for the United States.
And, in Episodes 5 thru 7, the terrifying visions from episode 4 start to happen, and the prophet, a blind autistic kid, has to somehow disrupt the demons’ plans…

Blind Prophet, Episode 1: A Prophet Is Born is permanently FREE, so check that one out, if you haven’t already!
https://www.amazon.com/dp/B06XBF9L5V/